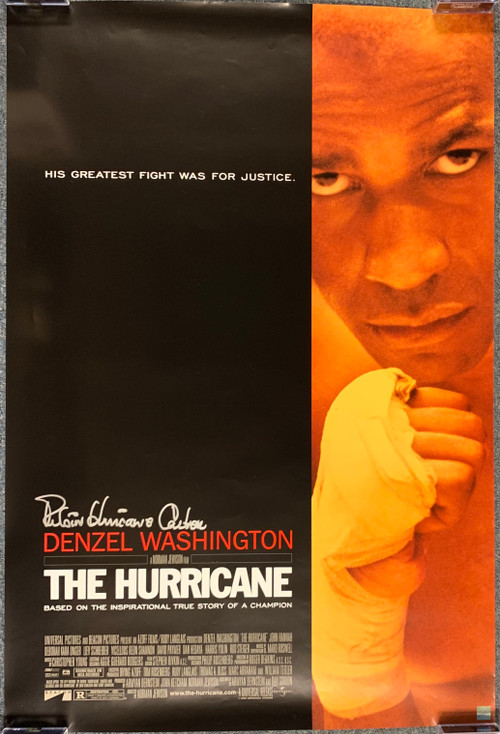 BUYER WILL RECEIVE ACTUAL POSTER DISPLAYED IN OUR IMAGES.

The film narrates the life of middleweight boxer Rubin "Hurricane" Carter (Washington), concentrating on the period between 1966 and 1985. It describes his fight against the conviction for triple murder and how he copes with nearly twenty years in prison.