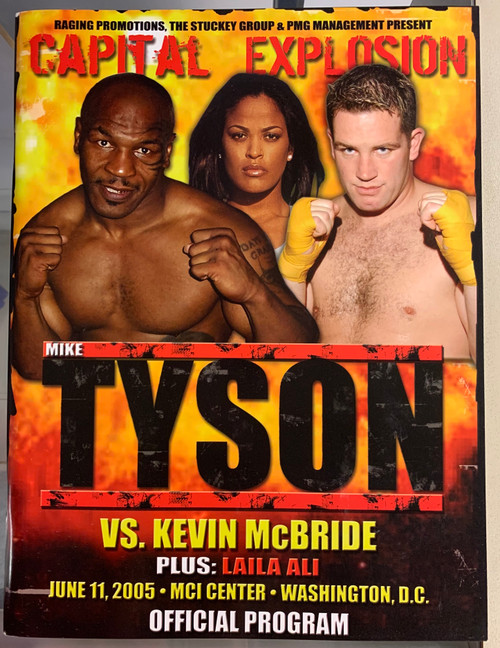 Mike Tyson was one of the most intriguing personalities in boxing History.  Kevin McBride, the youngest heavyweight champion EVER has ended his boxing career.  NOW is your chance to grab a piece of boxing History.  This is the ON-SITE program from Mike Tyson's last fight.  Think about it, what would the last fight program from Muhammad Ali, Sonny Liston, Rocky Marciano or Sugar Ray Robinson be worth today?  Get this while you can.

McBride's career-defining performance was a victory over Mike Tyson, former undisputed world heavyweight champion, via a 6th-round TKO on June 11, 2005 when Tyson quit the fight by informing the referee that he would not be able to continue to round Seven in the MCI Center in Washington, D.C.

The aged Tyson explained in a post-fight interview that his heart wasn't into the sport anymore. Tyson announced his retirement after the bout, saying "I'm not going to disrespect the sport anymore by losing to this caliber of fighter."