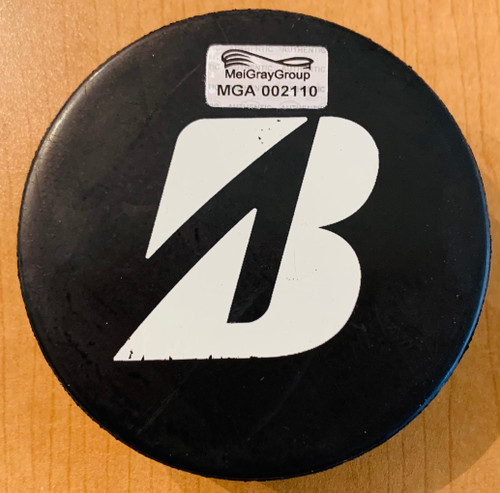 On a crisp New Year's Day in front of 67,246 at Gillette Stadium in Foxboro, MA, the National Hockey League's eighth annual classic matched two Original Six franchises whose rivalry has burned for decades.  The Montreal Canadiens defeated the Boston Bruins, 5-1 in the 2016 Bridgestone NHL Winter Classic.

A&R Collectibles is proud to offer fans and collectors across the globe the opportunity to own a piece of history - an actual pre-game warm up puck used for this historic event.

This is 1 of 20 pre game warm up pucks used by either the Boston Bruins or the Montreal Canadiens prior to the 2016 Winter Classic.

Puck comes with a protective case for display.  Buyer will receive actual puck displayed in our images.