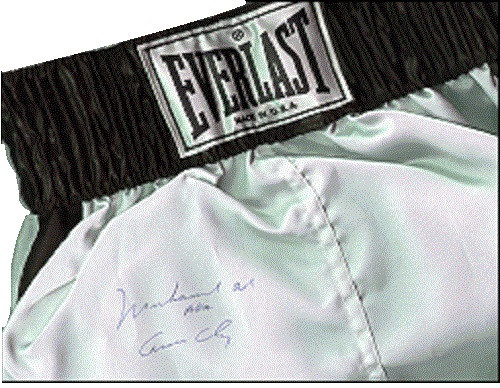 Muhammad Ali (born Cassius Marcellus Clay, Jr.; January 17, 1942).  Nicknamed "The Greatest," Ali was involved in several historic boxing matches.  Notable among these were three with rival Joe Frazier, which are considered among the greatest in boxing history, and one with George Foreman, where he finally regained his stripped titles seven years later. Ali was well known for his unorthodox fighting style, which he described as "float like a butterfly, sting like a bee", and employing techniques such as the Ali Shuffle and the rope-a-dope.  Ali had brought beauty and grace to the most uncompromising of sports and through the wonderful excesses of skill and character, he had become the most famous athlete in the world.  He was also known for his pre-match hype, where he would "trash talk" opponents, often with rhymes.

Muhammad Ali: The Greatest of all Time 03:04