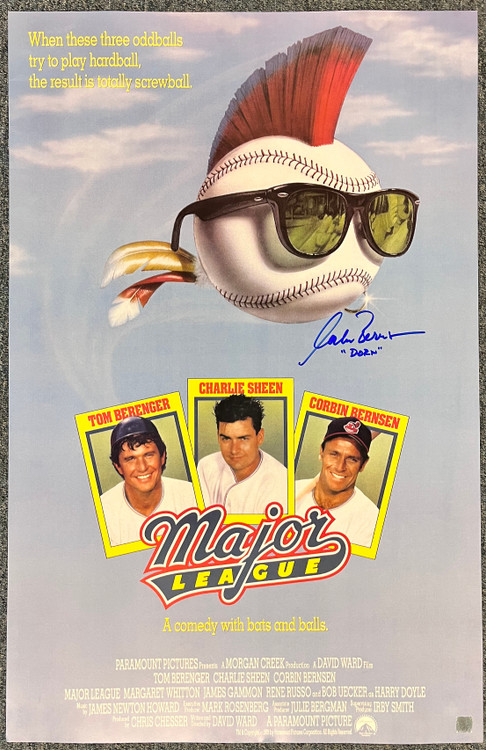 "Just a reminder fans about die-hard night, free admission to anyone who was actually alive the last time the Indians won the pennant."  Yes baseball fans, now is your chance to obtain an unframed poster (22x34), like the one pictured, from one of the all time favorite sports movies "Major League."  These posters are autographed by none other than ROGER DORN himself (Corbin Bernsen). As an added bonus, in addition to signing his name, Corbin has also signed his character name..."Dorn" to the poster.  Super Star Greetings COA included.

Buyer will receive actual signed poster displayed in our images.  Last one Left!

Major League is a 1989 American satire comedy film written and directed by David S. Ward, starring Tom Berenger, Charlie Sheen, Wesley Snipes, James Gammon, and Corbin Bernsen. Made for US$11 million, Major League grossed nearly US$50 million in domestic release.  The film deals with the exploits of a fictionalized version of the Cleveland Indians baseball team and spawned two sequels (Major League II and Major League: Back to the Minors, which were released by Warner Bros.), neither of which replicated the success of the original film.