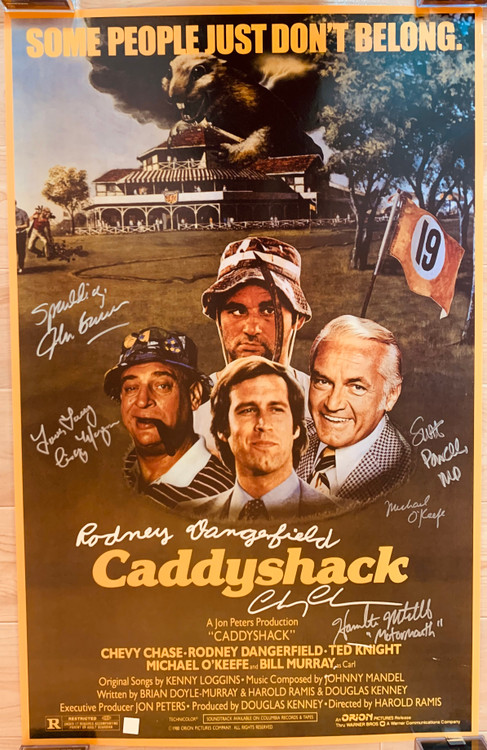 Rare Indeed is your chance to grab one of these CAST signed movie posters from the best known sports movie EVER!! Signed by Rodney Dangerfield, Chevy Chase, Michael O'Keefe, Cindy Morgan, Hamilton Mitchell, John Barmon and Scott Powell. Sad to say, this was the only Authenticated signing that Rodney ever did. As with the A&R Collectibles tradition, you will also receive the very best authenticity you can ask for as this item comes with a hologram of authenticity on the poster with a matching certificate of authenticity AND photographs of ALL the cast members signing the posters.

A CAST SIGNING THAT CAN NEVER BE DONE AGAIN.....ONLY Available at A&R Collectibles - Only 1 Left!  Buyer will receive actual item displayed in our image.

Did You Know??......Don Rickles was originally considered for the role of Al Czervik before it went to Rodney Dangerfield.